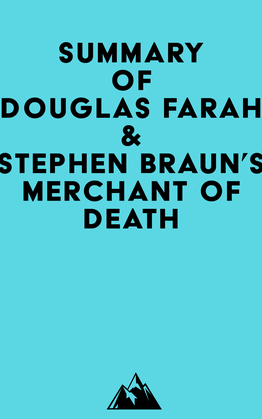 #1 In 2001, warlord Jean-Pierre Bemba found himself low on beer. He had a solution: hire Viktor Bout, who was equipped not only with weapons and ammunition, but also with the means to scour for beer.

#2 Bout, the Russian arms dealer, has become the preeminent figure in the multibillion-dollar contraband weapons trade. He has a flexible, expanding corporate organization that fused the functional remnants of the Soviet system with the West’s fluid, ambition-driven business culture.

#3 The Kalashnikov assault rifle, invented in 1947 by Mikhail Kalashnikov, is the most popular and durable weapon in Africa’s conflicts. It is simple enough to be taken apart by a child, and it has been used by liberation movements, terrorist groups, and guerrilla armies.

#4 Bout’s reputation was built almost entirely on his well-established history of delivering whatever his clients wanted, when they wanted it. He was not polite or easygoing in social situations, and was often fussy in his personal habits.