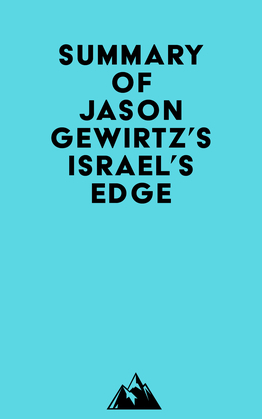 by   Everest Media (Author)
Buy for $3.99 Excerpt
Nonfiction Social science
warning_amber
One or more licenses for this book have been acquired by your organisation details

#1 On Yom Kippur, the 10th of the Hebrew month of Tishrei, Egypt attacked Israel. Syria followed suit a few minutes later. Israel was caught off guard as Egypt began its assault, crossing the Suez Canal, which had separated Egyptian and Israeli forces since 1967.

#2 On Yom Kippur, the holiest day of the Jewish calendar, Israeli reservists and volunteers commandeer cars and buses to transport soldiers to the places where hundreds of units have been told to assemble.

#3 The Yom Kippur War began with an Egyptian surprise attack on October 6, and by the end of the month, Israel had lost almost a fifth of its air force. The Israeli Air Force was no longer in complete control of the skies. Arab nations had advanced their fighting technologies, and their foot soldiers had defeated Israeli tank columns with brand new, portable, AT-3 Sagger wire-guided anti-tank missiles.

#4 The Sagger was a new weapon used by the Egyptians that caught the Israeli high command by surprise. It was confirmed that the Sagger operator would find it much easier to hit a tank than the other way around, and at ranges that matched the tanks.