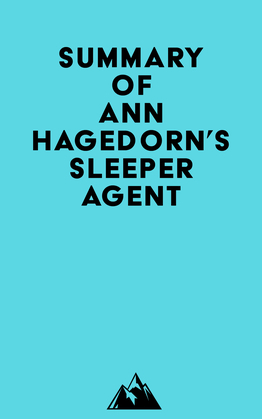 by   Everest Media (Author)
Buy for $3.99 Excerpt
Nonfiction Social science Espionage
warning_amber
One or more licenses for this book have been acquired by your organisation details

#1 Abram Koval was one of the first residents of Sioux City, Iowa, to greet the newsboys who were selling the latest editions of Iowa newspapers. He was a carpenter who had worked on the Galveston Movement, a plan organized by prominent Jews in New York City to protect the rights of Jewish immigrants to enter America.

#2 Leaving Russia in 1910 meant escaping the pervasive anti-Semitism of Czar Nicholas II’s Russia and the ongoing threat of violence against Jews. The pogroms that followed the Russian Revolution of 1905 were aimed at the Jewish population.

#3 The Russian pogroms of 1905 were a result of the Russian people’s passion for the czar, and they did not want to lose him. But behind the scenes, anti-Semitic leaders planned the massacres to blame the Jews for the many failures of the czar’s regime.

#4 The Kovals were married in 1911, and they soon moved to a small house on Virginia Street in Sioux City, where they would raise their three boys. They were among the best examples of what the Galveston Movement recruiters had envisioned.