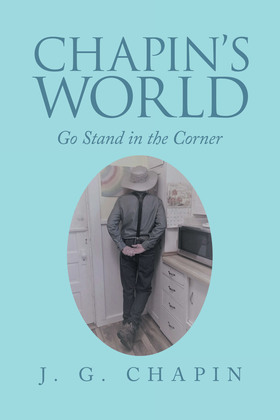 While the use of humor has declined, the need for it has increased. Since medical studies confirmed that laughter boosted the body’s endorphins, natural painkillers, and reduced stress, the humor found in Chapin’s World could be a lifesaver.
The ‘master of Personal disaster’ is back, with his reluctant family, and ‘less-than role model’ friends, to make you laugh out loud.
In his latest attempt of Chapin’s World, fabrications ran the gamut of outlining his family orientation, to the author’s inept deer hunt with his cousin. Chapin also did a little tinkering in his tin shed, suffered more than normal light-headedness on Pike’s Peak, and, as usual, received an ill-advised consultation from his beatnik acquaintance, Guru Clyde.
The reader is taken from babysitting mishaps with a grandchild, a struggle through the author’s military training, to the recollection of a knock-down-drag-out with his children’s pets.
Be the first and, most likely, the only, one on your block to own Chapin’s World: Go Stand in the Corner.