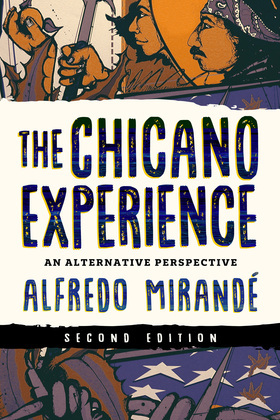 An Alternative Perspective
by Alfredo Mirandé (Author)
Buy for $27.99 Read sample online Download sample
Nonfiction History History by country Mexico Social science Sociology Other Social history
warning_amber
One or more licenses for this book have been acquired by your organisation details

This revised, second edition of The Chicano Experience offers a new interpretation of the social, cultural, and economic forces that shape the situation of Chicanos today.

For more than thirty years, and now in its ninth printing, Alfredo Mirandé’s The Chicano Experience has captivated readers with its groundbreaking analysis of Chicanos in the United States. Although its original context differs markedly from the current demographic landscape, it remains no less relevant today—Latinos have emerged as the largest minority population in the United States. With updated chapters revised in light of contemporary scholarship, this second edition speaks to the Chicano of today, in addition to puertoriqueños, Central Americans, and other groups who share common experiences of colonization, racialization, and, especially in the last decade, demonization.

In this foundational text, Mirandé develops a comprehensive framework for Chicano sociology that, in attending closely to Chicano experience, aims to correct the biases and misconceptions that have prevailed in the field. He demonstrates how the conventional immigrant group model of society, with its focus on assimilation into mainstream American culture, does not apply to Chicanos. Supporting this constructive proposal are analyses of Chicano social history and culture, with chapters focusing on the economy, the border, law, education, family, gender and machismo, and religion. The book concludes with a case study of community attitudes toward the police in an urban barrio. In many ways, the first edition of The Chicano Experience anticipated the sensitivity to the experiences of the underrepresented in American culture. This second edition reaffirms the prescience of Mirandé’s work and makes it available to a new generation of students and scholars of Chicano and Latino studies, ethnic and race studies, sociology, and cultural studies.