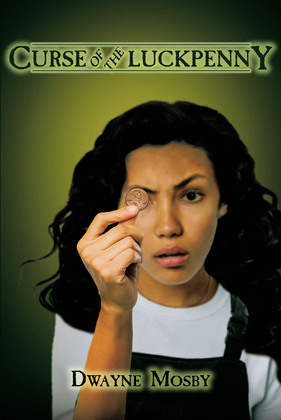 by Dwayne Mosby (Author)
Buy for $9.99 Excerpt
warning_amber
One or more licenses for this book have been acquired by your organisation details

Heads, You Win, Tails, You Lose!

Sixteen-year-old Ellen Willis has lived a life of constant misfortune and humiliating loss, and she is sick of it. Everything she tries to do is a complete disaster: she can never measure up to her beautiful and accomplished sister; boys avoid her like the plague; and her lifelong dream—the one thing she is actually good at—is taken from her by a horrific accident. She believes that God has cursed her life to be a sad comedy of errors and puts to him the challenge that if the power of fate were in her hands, she would be the one to do what he obviously isn’t: make all things right with the world.

But Ellen gets more than she bargains for when she meets a mysterious woman named Tyche, who gives her a penny from the town’s wishing well, promising that her luck will change. Ellen doesn’t believe it at first, but when a series of miraculous fortune befalls her—seemingly at the hands of the penny—she is convinced that the power of fate is finally in her hands, and whatever divine favor God may have for her is no longer needed or wanted. Yet it is at this challenge that events take a drastic and frightening turn—again seemingly at the hands of the penny, when it is now severe bad luck that comes against Ellen with a terrifying vengeance that nearly costs her her life. Ellen has no idea what is happening, and in a desperate attempt to research the penny’s origin, she learns that she has reopened a centuries-old curse, one that only she can reverse, and the shocking true identity of Tyche. Spurred on by this new revelation, Ellen fights to defeat the penny’s evil, but before she can do so, it is stolen by vindictive teen heiress Linda Levenson, who also knows of the penny’s power and plots to use it against those innocent ones who have disrupted her plans for world domination, the result of which promise deadly consequences. Ellen must get the penny back and disarm it soon, for if she fails to do so “ere midnight the Witch’s Sabbath next,” the forces of darkness will prevail, and whatever evil the penny brought forth will remain forever.