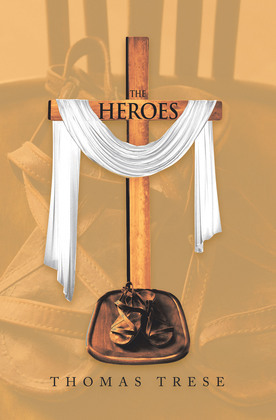 by Thomas Trese (Author)
Buy for $3.99 Excerpt
warning_amber
One or more licenses for this book have been acquired by your organisation details

What do a restauranteur from Seattle, an oil field foreman from west Texas, and a burned-out, ex-Chicago cop have in common? Not much to start with, but these and seven other everyday Americans meet in Nashville. They’ve all answered calls to action trusting that inner voice by combatting evil in their hometowns, seamlessly coordinating with law enforcement. All the feats seemed improbable but for the grace of God and the prompting of the spirit. Their heroic actions catch the attention of a Christian TV network that brings them to Nashville for the Faith Hero Awards.

Stephanie, the restauranteur; Cody, the oil field roughneck; and Danny, the ex-Chicago cop, lead the heroes in three adventures. They combat a phony TV faith healer in Nashville, human and drug traffickers in Texas, and racial hate groups in Chicago while dealing with their own issues such as control, substance abuse, and angry outbursts. Mentors from their pasts help them deal with their personal demons.

The Heroes, a work of religious fiction, offers stories of the real faith journeys of familiar people—a janitor, a social worker, an Uber driver, a diner waitress, and a pizza deliverer. It shares a message of faith built through adversity, teambuilding on the fly, and reveals how God equips the chosen rather than choosing the equipped.