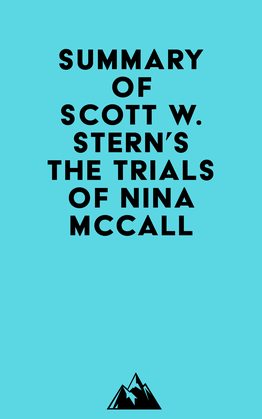 Summary of Scott W. Stern's The Trials of Nina McCall

#1 Josephine Butler was a famous woman in England who had spoken out against the laws that governed prostitution. She was threatened and attacked by members of Parliament, her family, and even the mob.

#3 The first time an attempt at regulation was made was in France in 1802, when Napoleon Bonaparte instituted a system where all prostitutes registered with the police and lived in a specific section of their city. If they refused to cooperate, they could be imprisoned.

#4 Regulationism, or the French Plan, was a method of treating syphilis and gonorrhea that spread like a syphilitic rash. It began with a single, painless sore, and over time, it covered the hands, the feet, the limbs, the back, until the patient was completely engulfed.