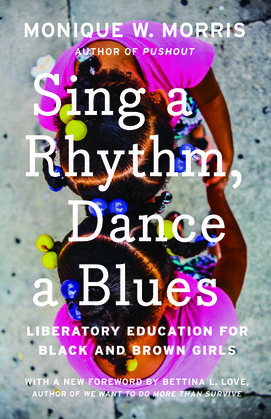 Sing a Rhythm, Dance a Blues

by Monique W. Morris (Author)
Buy for $16.99 Excerpt
Nonfiction Education and study aids Pedagogy Social science Discrimination & race relations Sociology
warning_amber
One or more licenses for this book have been acquired by your organisation details

Platform: The author’s 2018 TED Talk was released online 1/15/2019 and was viewed over 800,000 times in the first 2 weeks. She shared the bill with Marian Wright Edelman, William Barber, Stacey Abrams, Dolores Huerta and received a standing ovation. Morris has 5,000 Twitter followers, 1,900 on Facebook, and 1,500 on Instagram. A documentary tied to Pushout has also been produced.

Media: Her work has been profiled by MSNBC, CSPAN2, the Washington Post, the New York Times, NPR, and PBS, among others.

Endorsements: We have blurbs from Marley Dias, Marc Lamont Hill, and Christopher Emdin, among others.

Affiliations: Morris is the Founder and President of the National Black Women’s Justice Institute, a 2012 Open Society fellow, works closely with NoVo and Ford foundations, and is a former NAACP Vice President for Economic Programs and Advocacy and Research.

New foreword and format: Rising education star Bettina Love, author of We Want to do More Than Survive, will write the foreword. A paperback refresh will be ideal for this book, as the audience for education titles often waits for paperbacks.