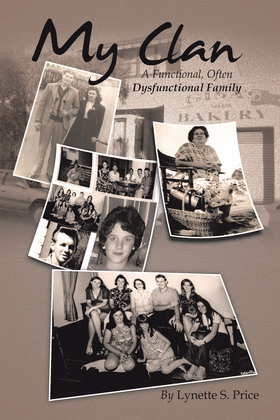 This book gives the reader an insight into each member of a large household - sixteen people in all. The grandmother, the parents and their nine children, an aunt, uncle and cousin and a gay boarder. It spans five generations and shows what life was like for people in the early part of the 20th century. The grandmother, born in 1894, saw two world wars and the subsequent depressions and lost family in WWI. It shows how the grandmother was in a difficult marriage and ultimately got divorced in 1920's and life as a sole parent during that time. The father and the uncle were both in the army in WWII and gives a little insight into what they went through. It tells of school days in catholic schools and the abuse suffered there by the author and her siblings. The author tells about her life as being a victim/survivor of domestic violence and speaks of her depression. Each member of the family is unique and their stories are very real. It also shows a lot of love and support for each other and shows how multiple strong personalities can all live together. In this book you will see how my grandmother, born in 1894, came to be disowned by her father in 1915. How my mother became a state ward and the physical and mental abuse she suffered in the 1930's. Although in this book you will see incidences of bullying, abandonment, drug abuse and many other issues, you will also see that, for the most part, how each one has come through it all in this very functional dysfunctional family.