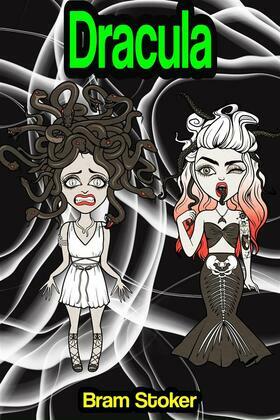 by Bram Stoker (Author)
Buy for €5.99
Fiction Romance Gothic Juvenile & young adult Occult & supernatural
warning_amber
One or more licenses for this book have been acquired by your organisation details

Dracula by Bram Stoker - Dracula is a novel by Bram Stoker, published in 1897. As an epistolary novel, the narrative is related through letters, diary entries, and newspaper articles. It has no single protagonist, but opens with solicitor Jonathan Harker taking a business trip to stay at the castle of a Transylvanian noble, Count Dracula.

Harker escapes the castle after discovering that Dracula is a vampire, and the Count moves to England and plagues the seaside town of Whitby. A small group, led by Abraham Van Helsing, hunt Dracula and, in the end, kill him.

Dracula was mostly written in the 1890s. Stoker produced over a hundred pages of notes for the novel, drawing extensively from Transylvanian folklore and history. Some scholars have suggested that the character of Dracula was inspired by historical figures like the Wallachian prince Vlad the Impaler or the countess Elizabeth Báthory, but there is widespread disagreement. Stoker's notes mention neither figure.

He found the name Dracula in Whitby's public library while holidaying there, picking it because he thought it meant devil in Romanian.

Following its publication, Dracula was positively received by reviewers who pointed to its effective use of horror. In contrast, reviewers who wrote negatively of the novel regarded it as excessively frightening.

Comparisons to other works of Gothic fiction were common, including its structural similarity to Wilkie Collins' The Woman in White (1859). In the past century, Dracula has been situated as a piece of Gothic fiction. Modern scholars explore the novel within its historical context—the Victorian era—and discuss its depiction of gender roles, sexuality, and race.