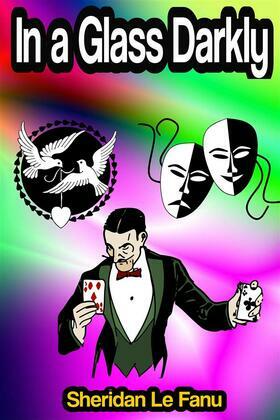 In a Glass Darkly

by Sheridan Le Fanu (Author)
Buy for €6.99
Fiction Romance Gothic Juvenile & young adult Occult & supernatural
warning_amber
One or more licenses for this book have been acquired by your organisation details

In a Glass Darkly by Sheridan Le Fanu is a collection of five stories by Sheridan Le Fanu, first published in 1872, the year before his death. The second and third stories are revised versions of previously published stories. The first three stories are short stories, and the fourth and fifth are long enough to be called novellas (the fourth is over 44,500 words long, and the fifth is over 27,500 words long).

The title is taken from 1 Corinthians 13:12, a deliberate misquotation of the passage which describes humanity as perceiving the world "through a glass darkly".

A tale of a female vampire, set in Styria, Austria. This story was to greatly influence Bram Stoker in writing Dracula (1897). It also served as the basis for several works in other media, such as Danish director Carl Theodor Dreyer's film Vampyr (1932); Hammer's film The Vampire Lovers (1970); and Carmilla, a Canadian web series starring Natasha Negovanlis and Elise Bauman and directed by Spencer Maybee.