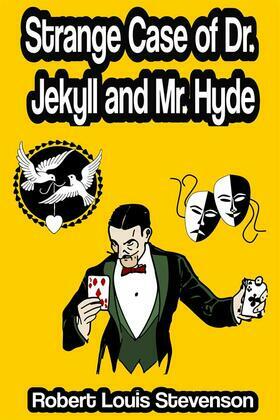 by Robert Louis Stevenson (Author)
Buy for €5.99
Fiction Romance Gothic Juvenile & young adult Occult & supernatural
warning_amber
One or more licenses for this book have been acquired by your organisation details

The novella follows Gabriel John Utterson, a London legal practitioner who investigates a series of strange occurrences between his old friend, Dr. Henry Jekyll, and a murderous criminal named Edward Hyde. It is revealed at the end of the novella that Jekyll and Hyde are the same person, with Jekyll transforming into Hyde via an unnamed chemical concoction to live out his darker urges.

Strange Case of Dr Jekyll and Mr Hyde is one of the most famous pieces of English literature, and is considered to be a defining book of the gothic horror genre. The novella has also had a sizable impact on popular culture, with the phrase "Jekyll and Hyde" being used in vernacular to refer to people with an outwardly good but sometimes shockingly evil nature.