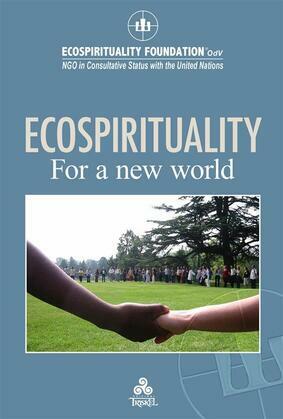 ECOSPIRITUALITY for a new world

Ecospirituality is a philosophy proposed by Giancarlo Barbadoro, together with tribal leaders from all over the planet, to define a concept that comes from the experience of Natural peoples, those native peoples who have not been assimilated by the religions and ideologies of the majority society. Cultures present on all continents that have maintained contact with Mother Earth, intended as a reference for the spiritual growth of the individual.

Ecospirituality is the philosophy of Nature, an experience of inner harmony that extends to everything around us, respecting the environment and all forms of life. A philosophy that leads to re-evaluation of the relationship of the individual with the environment, where all living creatures, and the planet itself, come to assume a value and dignity equivalent to that of man. The human individual is therefore not seen as the undisputed ruler of the world he inhabits, but is just one of the many manifestations of life and part of the planet itself, in a common experience that is part of an ecosystem orbiting in space.

Ecospirituality is the development of the sensation that a person feels beneath a starry sky into the form of an experience of knowledge and life, without philosophical or religious ties.

We therefore believe that this philosophy is more relevant than ever and can lead to an improvement in the direction of Peace on the planet.

The Ecospirituality Foundation is a Non-Governmental Organization in Consultative Status with the United Nations, arising from an initiative of Giancarlo Barbadoro and Rosalba Nattero who works, through special committees, on issues related to the so-called “Natural Peoples” and their particular way of understanding the relationship between the individual, the environment and the mystery of existence, that is, Ecospirituality.

Among its objectives is the safeguarding of the traditions and cultural heritage of the native peoples of the planet and the exchange of experiences according to the principles of brotherhood and equality among all living species.

The United Nations has awarded the Ecospirituality Foundation the recognition of “NGO in Consultative Status with the United Nations” for the work it does in the field of safeguarding the traditions, sacred places and spirituality of Natural peoples.

The Staff of the Foundation includes representatives of native communities from all over the world.