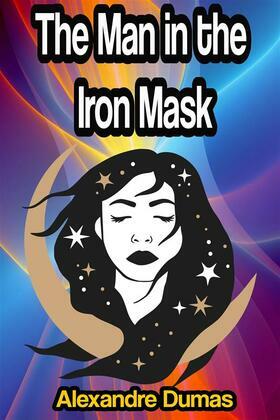 by Alexandre Dumas (Author)
Buy for €5.99
Fiction Fantasy Historical Juvenile & young adult Historical Canada Christian Historical
warning_amber
One or more licenses for this book have been acquired by your organisation details

The Man in the Iron Mask by Alexandre Dumas was an unidentified prisoner who was arrested in 1669 or 1670 and subsequently held in a number of French prisons, including the Bastille and the Fortress of Pignerol (modern Pinerolo, Italy).

Known for remaining unidentified due to the veil worn over his face throughout his time in prison, he was held in the custody of the same jailer, Bénigne Dauvergne de Saint-Mars, for a period of 34 years. He died on 19 November 1703 under the name Marchioly, during the reign of King Louis XIV of France (1643–1715).

No one is known to have seen his face, as it was hidden by a mask of black velvet cloth, later misreported by Voltaire as an iron mask, and the true identity of the prisoner remains a mystery. His identity has been extensively debated by historians, and various theories have been expounded in numerous books and films.

Among the leading theories is one proposed by the writer and philosopher Voltaire, who claimed in the second edition of his Questions sur l'Encyclopédie (1771) that the prisoner wore a mask made of iron rather than of cloth, and that he was the older, illegitimate brother of Louis XIV.

What little is known about the historical Man in the Iron Mask is based mainly on correspondence between Saint-Mars and his superiors in Paris. Recent research suggests that his name was Eustache Dauger, a man who was involved in several political scandals of the late 17th century, but this assertion has not been proven.