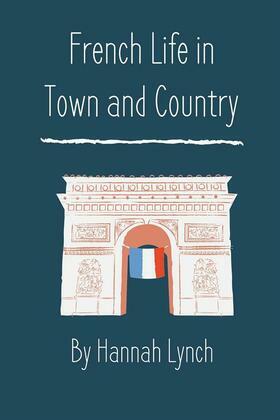 French Life in Town and Country

Iillustrated
by Hannah Lynch (Author)
Buy for €4.99
Nonfiction History History by country Europe France 1799-before 1945 Other Social history Social science Sociology
warning_amber
One or more licenses for this book have been acquired by your organisation details

Author Hannah Lynch (1859-1904) was an Irish feminist, novelist, journalist and translator. She spent much of her working life in Paris, although she also had lived in both Spain and Greece. In addition to writing satirical pieces on Irish political causes, she wrote several novels, some motivated by Irish themes. She was part of the Paris salons of the Belle Epoque as well as the Irish Literary Revival in Dublin, often lecturing in Ireland. Her non-fiction works included “French Life in Town and Country,” published in 1901 in the United States, a general look at the social life and customs of the French people. Chapter include: French rural and provincial life — Paris and Parisianism — Social diversions and distinctions — The army and the nation — Secular and religious education — National institutions — Home-life in France — Peasant and artisan — The press and the people's colleges — The Parisian lecture and salon — The "little people" of Paris — Organised philanthropy and public assistance.