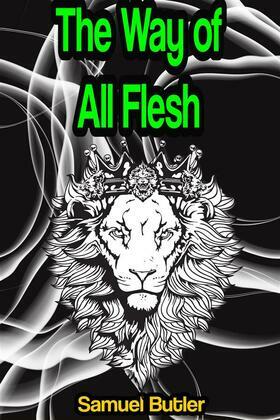 The Way of All Flesh

by Samuel Butler (Author)
Buy for €6.99
Nonfiction Biography & autobiography Artists, architects, photographers Historical Literary Royalty
warning_amber
One or more licenses for this book have been acquired by your organisation details

The Way of All Flesh by Samuel Butler  is a semi-autobiographical novel by Samuel Butler that attacks Victorian-era hypocrisy. Written between 1873 and 1884, it traces four generations of the Pontifex family.

Butler dared not publish it during his lifetime, but when it was published (in 1903) it was accepted as part of the general reaction against Victorianism. In its posthumous publication in 1903, Butler's first literary executor, R A Streatfeild, made substantial changes to Butler's manuscript. The original manuscript was first published in 1964 by Houghton Mifflin Company, Boston, edited by Daniel F. Howard.

The title is a quotation from the Douay–Rheims Bible's translation of the Biblical Hebrew expression, to "go the way of all the earth", meaning "to die", in the Books of Kings: "I am going the way of all flesh: take thou courage and shew thyself a man." (1 Kings 2:2).

In 1998, the Modern Library ranked The Way of All Flesh twelfth on its list of the 100 best English-language novels of the 20th century.