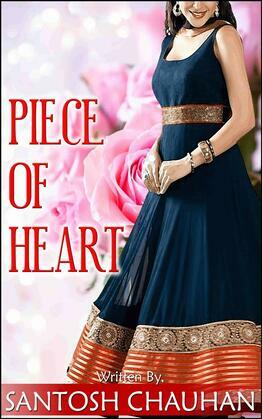 There was no dearth of tragic incidents in Rashmi's life, but it is said that not all days of a human remain the same. The happiness of love and family was also written in Rashmi's fate. Due to her unfavorable circumstances she had to hand over her son to Rohini. Rashmi's fate conspired to bring her son closer to her, and Rashmi dedicated her life to Rohan.

Today, Rashmi wanted to show a film to her guests at Chitra Mall. Ashi was very happy to hear Rashmi's plan. In the evening, they all left for Chitra Mall. 4 films were being shown in the mall's theatres. Ashi expressed her desire to watch a Hollywood action film. Taking four tickets, they all entered the theater and sat on their seats. Ashi had selected a very good film. The story and action sequences of the film captivated everyone. Rashmi and Rohan were sitting side by side. Rohan tried to explain something to Rashmi by placing his hand on her hand. Rashmi understood Rohan's signal. This act of Rohan had created unprecedented excitement in Rashmi's body.

After watching the film, they all returned home. Rashmi had already prepared the dinner, so they all hurriedly went to their respective rooms after having their food. Today, Rohan asked Ashi a very important question.

Rohan- Ashi, how would you feel if you found a sister-in-law like Rashmi? tell the truth.

Ashi- It takes a very good luck to get a sister-in-law like Rashmi. If it was under my control, I would have made Rashmi my sister-in-law. I feel a strange attachment to her. It seems like she should be at our house but she is living in this city away from us.

Rohan- Ashi, if you had to choose between Reena and Rashmi, who would you choose?

Ashi- Brother, Reena is also a very nice girl but in Rashmi, I see the image of my elder sister and mother too. I see Rashmi as a complete woman who has great qualities like beauty, virtue, generosity, love, gratitude. But Rashmi loves someone else. We cannot make Rashmi a member of our home. I wish Rashmi could become my sister-in-law.

After this, Rohan and Ashi fell asleep.

The next day was the last day of Rohan and his family at Rashmi's house. Rohan's mind was very restless today. He wanted to have a personal talk with Rashmi but he could not get solitude. In the afternoon, Reena called Rohan. At this time, Rohan was sitting alone in his room.

Reena- How are you, sir? Two days have passed but you haven't called me even once. Have your intentions changed again after meeting Rashmi?

Rohan- Oh no, now tell me how are you?

Reena- How can I be fine without you? I miss you a lot. You're coming back home tomorrow morning, aren't you?

Rohan- Yes, I will come back tomorrow morning by train.

Reena- Okay. I am waiting for you.

Reena had no idea that Rohan could not forget his first love. Rohan's love became even stronger after meeting Rashmi again. Today, he wanted to speak his heart to Rashmi anyhow. The afternoon passed quickly. In the evening, Rashmi took her guests to the most beautiful garden of the city. After spending time in the garden, Rashmi fed everyone Panipuri. Rashmi bought the chicken before reaching home and they all came back.

Rashmi and Rohini get busy with kitchen work and Rohan starts thinking about Rashmi in his room.