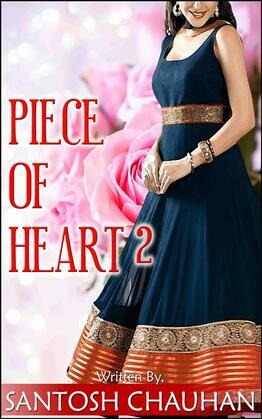 Rohan did not know that the woman he wanted to marry was his real mother. Rohini got her son and Rashmi married for their happiness, but Rashmi revealed her secret to her son. Rohan and Rashmi were married but there was no physical relation between them. Rohini started worrying about her son's married life and requested Rashmi to bring Rohan on the right path. In such a situation, something happened to Rohan which forced him to change his mind.

Rohan- How long does it take for a woman to get pregnant?

Rashmi had no idea that she would get to hear such a question from Rohan. Rashmi's mouth opened in surprise and her eyes widened.

Rashmi- Oh my God! What kind of question is this? I have no knowledge about this. Some women get pregnant quickly and some women take a long time. But why are you asking this question? Has any of your friends asked you this question?

Rohan- No, that is my question itself.

Rohan's style seemed a bit changed today to Rashmi. She started expecting something good to happen tonight. Rohan's face made it appear as if he had accepted Rashmi as his wife. Rohan started looking carefully at the vermilion on Rashmi's forehead.

Rohan- Mom, if a boy marries a girl and does not have physical relations with her, will he be called a sinner?

Rashmi- Yes, a girl marries a boy with the hope that she will get the love of her husband and will become the mother of many children. But if a boy does not follow the promises of marriage, then it will be a great sin.

Hearing this answer of Rashmi, Rohan lowered his head and started cursing himself. Seeing Rohan so serious, Rashmi tried to ease his mind.

Rashmi- Rohan, I am not only your wife but also your mother. I will never blame you. If you do not want to give me the pleasure of becoming a mother, then I will not put any pressure on you. It is my duty to respect your wish. There is nothing more important to me than your happiness.

Hearing these words from Rashmi's mouth, tears started falling from Rohan's eyes. He hugged Rashmi and started apologizing to her.

Rashmi- Mommy, forgive me. I have hurt you a lot.

Rashmi- Rohan, why are you crying? Your tears are so precious to me, I can't see you crying. I married you so that I can be happy with you, but you are bent on making me cry.

Rohan- Mommy, I love you.

Rashmi- I also love my child very much.

Rohan put his lips on Rashmi's lips and started kissing her with great intoxication. In an instant, Rashmi's thirsty body also started burning like a furnace due to excitement. A fidgeting started in her womb. She also started kissing Rohan's lips without any hesitation. The intoxication of love was clearly visible in Rohan's eyes. His cock had erected to give love to Rashmi. Rashmi also felt the pressure of Rohan's cock and was very happy in her heart.

Rohan- Mommy, can we try to bring our child into this world from today?

On hearing this, Rashmi's whole body was as if a fever started to rise. Every part of Rashmi's body started screaming for sex. The thought of having sex with his own son had excited him from outside to inside.

Rashmi- You have become very shameless. Should you talk so dirty to your mom?