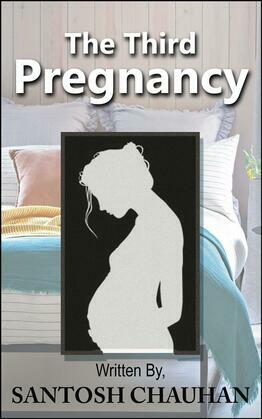 Being a woman, Ritu wanted to enjoy married life to the fullest with her son. Sanjay also wanted to free himself and his mother from the bondage of rules through womb-marriage. According to the tradition of Songadh, Ritu was trying to conceive for the third time with Sanjay's seed for womb-marriage, but one night both of them broke their limits. To fulfill her most beautiful dream, Ritu had to take the help of her elder daughter.

According to the rules, Sanjay and Ritu could have sex only twice. It was absolutely forbidden for them to have sex during the day and Sanjay could not even touch Ritu in front of his sisters. Due to these strict rules, Ritu was also a little dissatisfied with Sanjay, although Ritu was shy in expressing her dissatisfaction. After marriage, Ritu has given birth to 2 daughters of her own son and now she is trying to conceive for the third time so that she can enjoy her married life freely with Sanjay. Tonight also, Ritu and Sanjay were about to enjoy sex to concieve their third child.

Ritu- You have become completely shameless after marriage. You know that I am not yet fully your wife, still you were trying to kiss me in front of Sonam and Megha. You should know that you should not kiss a mother in front of her daughters.

Sanjay- So this means that I will have to make you Sonam and Megha's sister-in-law very soon.

Ritu- When did I say that I want to be the sister-in-law of my own daughters? Tell me about yourself, what do you want? If you cannot follow the rules prescribed by the priestess, then you will have to get me pregnant for the third time because only then will I be able to fully become your wife and sister-in-law of your daughters. After that you kiss me in the bedroom or in the hall, I will not mind.

Sanjay- Well, I really want to give a lot of love to my mother. I also do not like to live in the bondage of rules. Even after marrying you, I cannot give my love to you more than twice. I don't understand why we can't have sex more than twice?

Ritu- You too are absolutely stupid. Don't you know that there is also a relation of mother and son between us, we are bound in the sacred bond of marriage, but according to the rules, I am still your mother, and a son has no right to have sex with his mother more than twice. Now if you want to live a free married life with me, then you have to get your third child entered in my womb.

Sanjay- Then we should start trying for the third child. Are you ready to get my love?

Hearing this, Ritu got a little shy.

Ritu- It is my biggest duty to provide you the pleasure of sex. Come on, now we will try to make our married life happier.

After saying this, Ritu began to take off her clothes. Sanjay was watching his mother getting naked with great attention. Ritu's fair body was turning red with shame while facing Sanjay's sensual eyes. She started laughing hiding her face with her hands.

Ritu- How shamelessly you are looking at me. You look the other way for a while, I'm so ashamed.

Even though Ritu had given birth to two daughters of Sanjay, she was very shy by nature and even today she could not openly express her wishes to Sanjay during sexual intercourse. Sanjay loved his mother's shy style and tried his best to satisfy her.

Sanjay- Mom, you are excessively shy. You have made me the father of two daughters, yet why are you so shy of me?