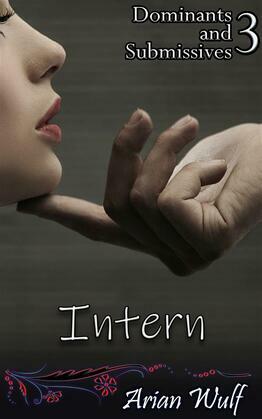 Book 3 of 'Dominants and Submissives'
by Arian Wulf (Author)
Buy for €2.99
Fiction Erotica Romance Adult
warning_amber
One or more licenses for this book have been acquired by your organisation details

Anita is an eighteen-year-old scholarship student in her second year of studying to be a doctor. She is aware that she is overqualified for the kind of work that Mr. Cliff is asking for. The thing is, she enjoys her work as a transcriptionist a lot. She likes it when Mr. Cliff tells her what to do and she likes it even more when he punishes her for not doing them.

This has to stop.

It has gone on far enough already. He keeps pushing and pushing and she keeps letting him.

This isn't how it's supposed to go.

This is exactly how it's supposed to go.

While it's true that using the typewriter means information would not be stolen as easily, that can also be accomplished with a computer that is incapable of connecting with anything other than a printer. He likes the sound the keys made, the idea of getting someone to type something mundane and boring over and over again when there's a single misspelling.

Anita has gotten better at not making mistakes, but there are still a few here and there. She realized that there is just no way of getting all her work done in time if she were to type out a new document whenever a single mistake is made.

He is having a particularly foul morning. The mole from a few weeks ago is still causing trouble now, issues trickling down, showing him that as much control as he has over everything, it is still not enough.

He takes to Anita's letters and takes a bright red market to it, crossing out the spelling mistakes, errors in punctuation. The typewriter is old enough that sometimes, a key has to be pressed twice for the word to appear and she would make mistakes there.

"My office, Anita," he calls out over the com system, hearing himself how stern he sounds.

She comes immediately and stands before her desk, hands folded in front of her, eyes down, demure and waiting instructions.

He has taken to giving her more and more instructions to bring home with her and it brings the color out from her cheeks. He thinks the money he tells her to finish at least half of helps. He wants to dictate how many bites per meal she's allowed, but that would-

This entire thing is insane.

He needs to get rid of her.

"Look at these, Anita," he says, tapping the red circles on the paper she had typed out.

Her cheeks flush immediately upon realizing what they are. "I'm sorry, Sir," she says, looking up at him, eyes wide and filling with tears immediately.

He feels a rush at the thought of catching her off-guard. She had gotten used to knowing exactly what to do and getting things done according to his instructions. He has never brought a problem up with her before. Perhaps here is where he does the kind thing and tell her it's alright, ask her to rewrite the letter and all will be forgiven.

But her eyes are tearing up in such a lovely manner. It would be such a waste to let her go, just like this.

"I'll be more careful in the future, Sir," she promises and it is a fair, honest promise. She can't say she won't do it again because mistakes like this are normal when working with an unforgiving typewriter.

"You will," he says. "But this must be dealt with first. Come here," he says.

He stands and pulls his seat away, gesturing to the space in front of him.

She joins her behind the desk, frowning slightly. She has never needed to be here before. She doesn't know what to expect.

"Bend over the desk."