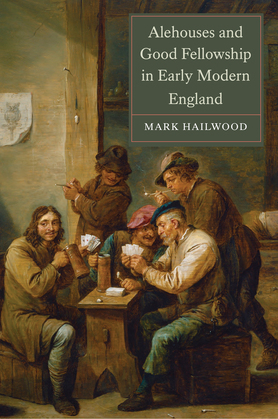 by Mark Hailwood (Author)
Buy for $29.95 Excerpt
Nonfiction History History by country Europe Great Britain <1799
warning_amber
One or more licenses for this book have been acquired by your organisation details

Representing a history of drinking "from below", this book explores the role of the alehouse in seventeenth-century English society.

This book provides a history of the alehouse between the years 1550 and 1700, the period during which it first assumed its long celebrated role as the key site for public recreation in the villages and market towns of England. In the face of considerable animosity from Church and State, the patrons of alehouses, who were drawn from a wide cross section of village society, fought for and won a central place in their communities for an institution that they cherished as a vital facilitator of what they termed "good fellowship". For them, sharing a drink in the alehouse was fundamental to the formation of social bonds, to the expression of their identity, and to the definitionof communities, allegiances and friendships.

Bringing together social and cultural history approaches, this book draws on a wide range of source material - from legal records and diary evidence to printed drinking songs - to investigate battles over alehouse licensing and the regulation of drinking; the political views and allegiances that ordinary men and women expressed from the alebench; the meanings and values that drinking rituals and practices held for contemporaries; and the social networks and collective identities expressed through the choice of drinking companions. Focusing on an institution and a social practice at the heart of everyday life in early modern England, this book allows us to see some of the ways in which ordinary men and women responded to historical processes such as religious change and state formation, and just as importantly reveals how they shaped their own communities and collective identities. It will be essential reading for anyone interested in the social, cultural and political worlds of the ordinary men and women of seventeenth-century England.

MARK HAILWOOD is Lecturer in History, 1400-1700, at the University of Bristol