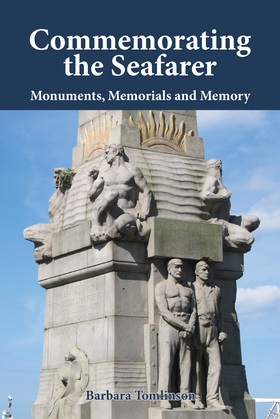 Monuments, Memorials and Memory
by Barbara Tomlinson (Author)
Buy for $24.95 Excerpt
Nonfiction Arts Sculpture History History by country Europe Great Britain United States Other Military
warning_amber
One or more licenses for this book have been acquired by your organisation details

A generously illustrated survey of memorials to different kinds of seafarers, recounting the stories behind them.

This book discusses memorials - stained glass windows, church, cemetery and public monuments - commemorating British seafarers, shipbuilders and victims of shipwreck from the sixteenth century to the present. Examples have been chosen mainly from Great Britain and Ireland with a few from wider afield. They include important works by major British artists as well as more modest productions by anonymous carvers. The book retells the dramatic stories behind them, illustrating significant social and cultural changes in Britain's relationship to the sea. Memorials vividly illustrate the hazards of seagoing life and the impact these had both upon the family of the deceased and the general public. The book has a cultural historical focus. Each chapter includes case studies of both high status and popular memorials, showing how iconography such as the depiction of the wrecked ship was widely transmitted. The book covers both naval and commercial aspects of seafaring and includes memorials to naval officers, merchants, explorers, fishermen, leisure sailors, victims of shipwrecks and lifesavers, with around 100 illustrations of memorials.

Barbara Tomlinson was Curator of Antiquities at Royal Museums Greenwich (part of which is the National Maritime Museum) for over thirty-five years and is Hon. Secretary of the Church Monuments Society.