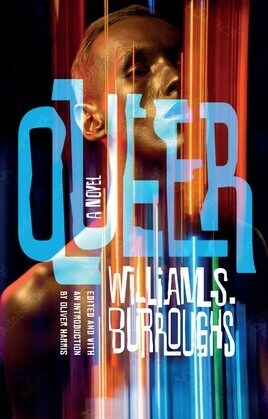 by William S. Burroughs (Author)
Buy for $17.00 Excerpt
Fiction Literary English literature American and Canadian literature
warning_amber
One or more licenses for this book have been acquired by your organisation details

A haunting tale of possession and exorcism, now reissued on the seventieth anniversary of the year of its writing, the definitive text of William S. Burroughs’s early, long-unpublished novel, now a cult classic and a highly regarded part of his oeuvre

Originally written in 1952 but not published till 1985, Queer is an enigma. Both an unflinching autobiographical self-portrait and a coruscatingly political novel, it is both Burroughs’s only realist love story and a montage of comic-grotesque fantasies that paved the way for his masterpiece, Naked Lunch. Set in Mexico City during the early fifties, Queer follows William Lee, the protagonist of Burroughs’s debut novel Junky, a man afflicted with acute heroin withdrawal and romantic yearnings for Eugene Allerton. As Lee breaks down over the course of his hopeless pursuit of desire from bar to bar in the American expatriate scene, the trademark Burroughsian voice emerges, a maniacal mix of self-lacerating humor and the ugly American at his ugliest. Now reissued on the seventieth anniversary of the year of its writing, this edition of Queer features a contextualizing introduction by the eminent Burroughs scholar Oliver Harris.