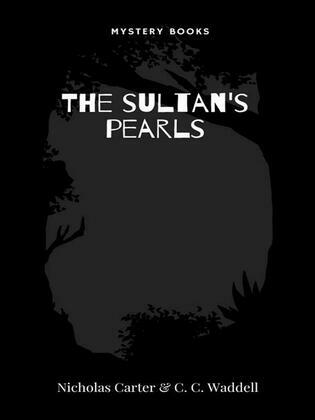 by Nicholas Carter (Author), C. C. Waddell (Author)
Buy for €1.40
Fiction Action & adventure Mystery & detective Suspense
warning_amber
One or more licenses for this book have been acquired by your organisation details

Nick Carter—known to the captain and crew of the tramp steamer Cherokee as Sykes, the bos’n—heard this shout, taken up by man after man, as he lay stretched out on the foc’s’le head, in the early morning, just as the ship nosed her way into San Juan harbor, on the northern coast of Porto Rico.

The thrilling warning that somebody has fallen into the sea, which always sends a shock through both crew and passengers whenever heard, does not permit any ordinary person to remain quietly dozing.

The famous detective was one of the first to rush over to the side of the ship when the alarm had been given.

Close by him were his two assistants, Chick and Patsy Garvan, who, in the rôles of common sailors, had come down to Porto Rico to help him get back the fortune in jewels which had been stolen from Stephen Reed, the well-known New York millionaire.