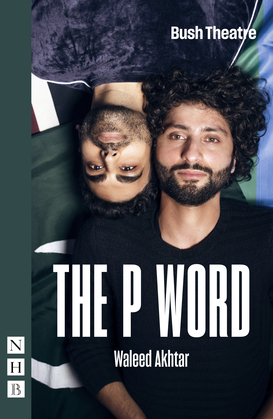 The
by Waleed Akhtar (Author)
Buy for $18.49 Excerpt
Fiction Drama
warning_amber
One or more licenses for this book have been acquired by your organisation details

Zafar flees homophobic persecution in Pakistan to seek asylum in the UK. Londoner Bilal (or Billy as he prefers to be known) is ground down by years of Grindr and the complexity of being a brown gay man.

In Soho, at 2 a.m., parallel worlds collide – and Zafar and Billy's lives are about to change forever.

The P Word is Waleed Akhtar's sharp-witted and devastating play charting the parallel lives of two gay Pakistani men as they negotiate everything from casual hook-ups to the UK's hostile environment.

A story of who wins in the luck of life's draw, it was premiered at the Bush Theatre, London, in 2022, directed by Anthony Simpson-Pike.