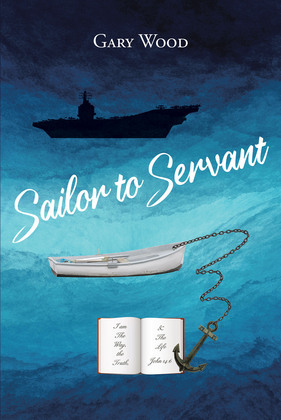 by Wood,Gary (Author)
Buy for $9.99 Excerpt
Nonfiction Religion Christianity
warning_amber
One or more licenses for this book have been acquired by your organisation details

This book came about from a daily devotional I started in 2011 in an effort to give my children a way to read scripture as they began life on their own. Over the last ten years has grown by the grace of the Lord to reach readers worldwide. I am truly amazed.

However, this journey started well before that. As I was growing up, I had flashes of awareness about the presence of God. But I never really acted on them until I joined the United States Navy. I was stationed aboard the USS Nimitz, during the Iranian Hostage Crisis. We were chosen to launch the rescue attempt. Apparently, the American government sold cruise missiles to Iran when it was under the leadership of the Shah, and we had no defenses against those missiles. Had the Iranians used the missiles, it would have caused much damage and potentially many deaths, I knew that if I died I would be in hell! But God had another idea, that was to recue this dead man in his sins.

With this in mind, I was looking around and saw people that were rich, poor, and everywhere in between, coming from good homes and bad ones. I remember that night being a very clear night, with the stars looking like a planetarium. Creation was yelling at me that evening.

Romans 1:20 "for ever since the world was created, people have seen the earth and sky. Through everything God made, they can clearly see His invisible qualities - His eternal power and Devine nature. So, they have no excuse for not knowing God."

Well, the creation was letting me know things I apparently didn't know. The Lord through His creation called out to me to start to awaken me from the dead.

I remember saying, "God, if you are real, then I need to know, and if this is what life is all about gathering things, living a life, and then dying, then it this meaningless, and it sucks." This was prayed in April 1980.

Then, on January 16, 1982, as I was making my rounds as the manager of a parking garage in Worcester Massachusetts, I ran right into the presence of God. By now, I was well aware of my sin. I remember saying to God, "I am what they said I am, whatever that is, and you can go ahead and make me into whatever

you want." After that moment, I looked for the Christians that worked for me and told them what happened. They told me, "You met the Lord!! Now, you need to go to a Bible-believing church and grow."

"Okay,' I responded and left. Then I returned and asked them, "What is a Bible- believing church? And how do I find one?"

That led me to Holden Chapel in Holden, Massachusetts, where the Lord started His work in me to serve Him as I served others. This, of course, is a lifelong journey that is full of joy, sorrow, growth, mercy, and grace, just to name a few. Through it all, I have the Lord Jesus in control of everything.

Ephesians chapter 2 verse 10 says, "For we are God's handiwork, created in Christ Jesus to good works, which God prepared in advance for us to do."

I truly hope that the Lord will use this book of devotional messages to bring you to Him and grow your faith as you fulfill the works that He prepared for you in advance.