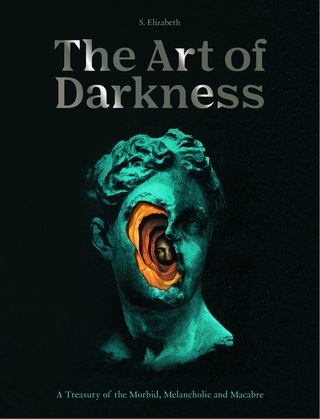 The Art of Darkness

The Art of Darkness is a visually rich sourcebook featuring eclectic artworks that have been inspired and informed by the morbid, melancholic and macabre.

Throughout history, artists have been obsessed with darkness – creating works that haunt and horrify, mesmerise and delight and play on our innermost fears. Gentileschi took revenge with paint in Judith Slaying Holofernes while Bosch depicted fearful visions of Hell that still beguile. Victorian Britain became strangely obsessed with the dead and in Norway Munch explored anxiety and fear in one of the most famous paintings in the world (The Scream, 1893). Today, the Chapman Brothers, Damien Hirst and Louise Bourgeois, as well as many lesser known artists working in the margins, are still drawn to all that is macabre.

From Dreams & Nightmares to Matters of Mortality, Depravity & Destruction to Gods & Monsters – this book introduces sometimes disturbing and often beautiful artworks that indulge our greatest fears, uniting us as humans from century to century.

But, while these themes might scare us – can’t they also be heartening and beautiful? Exploring and examining the artworks with thoughtful and evocative text, S. Elizabeth offers insight into each artist’s influences and inspirations, asking what comfort can be found in facing our demons? Why are we tempted by fear and the grotesque? And what does this tell us about the human mind?

Of course, sometimes there is no good that can come from the sensibilities of darkness and the sickly shivers and sensations they evoke. These are uncomfortable feelings, and we must sit for a while with these shadows – from the safety of our armchairs.

Artists covered include Pablo Picasso, Georgia O'Keeffe, Francisco de Goya, Leonora Carrington, John Everett Millais, Tracey Emin, Vincent van Gogh, Barbara Hepworth, Paul Cezanne and Salvador Dalí, as well as scores more. With over 200 carefully curated artworks from across the centuries, The Art of Darkness examines all that is dark in a bid to haunt and hearten.

This book is part of the Art in the Margins series, following up on The Art of the Occult, which investigates representations of the mystical, esoteric and occult in art from across different times and cultures.