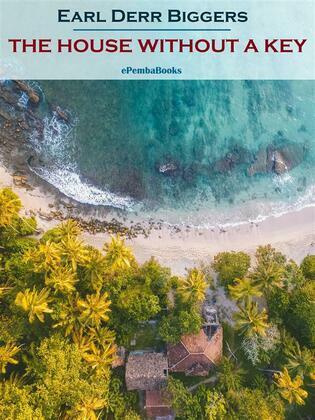 The House Without a Key (Annotated)

American novelist and playwright Earl Derr Biggers had always been interested in mystery fiction, but his interest in Hawaii clearly stems from a 1919 vacation in Honolulu. While there, he read a newspaper article on a Chinese detective named Chang Apana. Apana would become the model for Charlie Chan in Biggers' 1925 novel, "The House Without a Key," and there quickly followed five more Charlie Chan novels.

"The House Without a Key," which takes place in 1920s Hawaii, spends time acquainting the reader with the look and feel of the islands of that era from the standpoint of both white and non-white inhabitants, and describes social class structures and customs which have largely vanished in the 21st century.

"The House Without a Key" deals with the murder of a former member of Boston society who has lived in Hawaii for a number of years. The main character is the victim's nephew, a strait-laced young Bostonian bond trader, who came to the islands to try to convince his aunt Minerva, whose vacation has extended many months, to return to Boston. The nephew, John Quincy Winterslip, soon falls under the spell of the islands himself, meets an attractive young woman, breaks his engagement to his strait-laced Bostonian fiancée Agatha, and decides after the murder is solved to move to San Francisco. In the interval, he is introduced to many levels of Hawaiian society and is of some assistance to Detective Charlie Chan in solving the mystery.

"The House Without a Key" was adapted for film twice, as “The House Without a Key” in 1926 and as “Charlie Chan's Greatest Case” in 1933.
Format
EPUB
Protection
DRM Free
Publication date
September 28, 2022
Publisher
ePembaBooks
Collection
Charlie Chan novels
ISBN
9791222005522
File size
2.08 MB
The publisher has not provided information about accessibility.
4762880
item