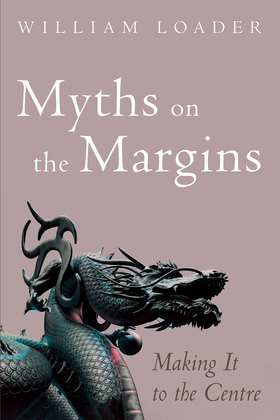 Myths on the Margins

Making It to the Centre
by William Loader (Author)
Buy for $19.00 Excerpt
Nonfiction Religion Biblical studies
warning_amber
One or more licenses for this book have been acquired by your organisation details

Can myths be true? Hiding behind their unreality is often deep meaning waiting to be uncovered. This book explores four myths first found on the margins of Israel's faith. Over time these myths became major resources for understanding and articulating faith. They began as stories of wicked angels, kings claiming to be gods, and women whom men should fear. They then developed to become sources of deep insight. They helped open up our understanding of sin and suffering, of Christ as servant king, and of the Word and Wisdom of God incarnate. Like imaginative works of art, which can communicate truth in ways that photographs cannot, these myths adorn the halls of faith and invite wonder and engagement.