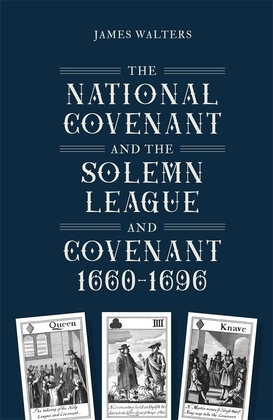 The National Covenant and the Solemn League and Covenant, 1660-1696

by James Walters (Author)
Buy for $29.95 Read sample online Download sample
Nonfiction History History by country Europe Great Britain Religion History of religions
warning_amber
One or more licenses for this book have been acquired by your organisation details

Examines how the form and function of the Covenants were shorn of religious implications and repurposed, serving a pluralistic vision of the role of religion in politics and public life.

The Covenants continued to have relevance in two primary respects. Firstly, the Covenants were used as reference points for discussing the competing legacies of the English and Scottish Reformations and the confused issues of church and state that defined the Restoration period. Furthermore, the form of the Covenants as solemn individual subscriptions to a constitutional and religious model, and the political ideas that underpinned them, were emulated by those seeking to resist royal authority during the Exclusion Crisis of 1679-81, and during the events surrounding the Revolution of 1688. Thus, this book holds particular interest for students of constitutionalism, legal pluralism or civil religion in seventeenth-century Britain, and for those seeking to deepen their understanding of the intellectual origins of the Wars of the Three Kingdoms and the Revolution of 1688-9.