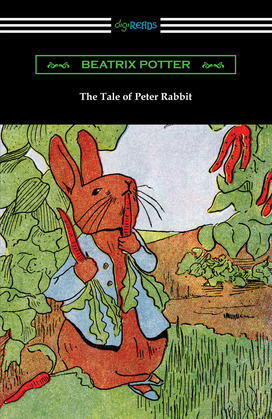 The Tale of Peter Rabbit (In Full Color)

by Beatrix Potter (Author)
Buy for $4.99 Download sample
Fiction Classics
warning_amber
One or more licenses for this book have been acquired by your organisation details

English author Helen Beatrix Potter wrote over sixty books during her lifetime but is best known today for the twenty-three children’s tales that she both wrote and illustrated. The first of these works was “The Tale of Peter Rabbit”, which debuted in a small private printing in 1901. This whimsical tale is the story of Peter Rabbit and his family. Despite warnings from his mother Peter ventures into the neighboring garden of Mr. McGregor where he fills his belly full of vegetables. Having eaten too much Peter finds himself with a terrible stomach ache while trying to escape being captured by Mr. McGregor, who has discovered that Peter has been eating his vegetables. This tale along with her other works would ultimately sell hundreds of millions of copies making Beatrix Potter one of the most successful children’s authors of all-time.