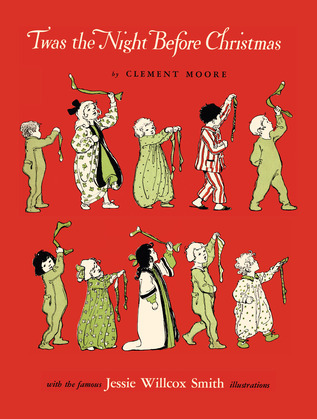 Twas the Night Before Christmas (In Full Color)

by Clement C. Moore (Author)
Buy for $4.99 Download sample
Fiction Poetry
warning_amber
One or more licenses for this book have been acquired by your organisation details

American writer and professor of literature at the General Theological Seminary of the Protestant Episcopal Church, in New York City, Clement C. Moore is best remembered today for his timeless poem “’Twas the Night Before Christmas”. Born in New York City in 1779, Moore would achieve considerable wealth by developing his large inherited estate into what is known today as the residential neighborhood of Chelsea in New York City. Having originally published these verses as “A Visit from St. Nicholas”, anonymously on December 23, 1823, Clement C. Moore would acknowledge his authorship of the poem several years later in 1837. This work, arguably one of the most famous poems ever written by an American, would prove to be a profound influence on establishing the legend of Santa Claus in America and his association with gift giving at Christmas time. “’Twas the Night Before Christmas” is presented here in its entirety along with the famous illustrations by Jessie Willcox Smith that were first published in 1912.