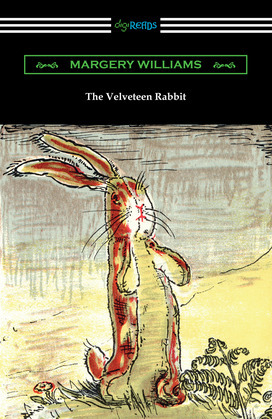 The Velveteen Rabbit (In Full Color)

by Margery Williams (Author)
Buy for $4.99 Download sample
Fiction Classics
warning_amber
One or more licenses for this book have been acquired by your organisation details

First published in 1922, “The Velveteen Rabbit” is Margery Williams’ beloved children’s story of how a children’s stuffed rabbit becomes a real animal. A young boy receives a stuffed rabbit sewn from velveteen for Christmas but quickly becomes disinterested in it in favor of the other modern and mechanical toys that he also receives. When the wisest and oldest toy in the nursery, the Skin Horse, tells the velveteen rabbit that if he is loved enough by the boy he could become real, the rabbit is fascinated by the idea. Later the boy comes down with scarlet fever and the rabbit becomes the boy’s favorite toy setting the velveteen rabbit on a magical journey to becoming a real rabbit. This beautifully illustrated children’s book has delighted readers for over one hundred years and to this day remains one of the most popular children’s books ever published. This edition includes the original illustrations in color by William Nicholson.