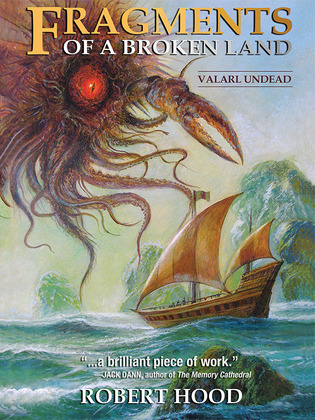 A Fantasy Novel
by Robert Hood (Author)
Buy for $2.99 Excerpt
Fiction Fantasy Epic Horror
warning_amber
One or more licenses for this book have been acquired by your organisation details

In a place where no stars appear in the night sky, a group of strangers whose ancestries reach back to an earlier apocalyptic disaster are brought together to track down a resurrected corpse that might hold the key to the End of the World. Described by science fiction legend Jack Dann as "one of the strangest and most interesting visions to come out of the modern horror/fantasy genres," acclaimed author Robert Hood's Fragments of a Broken Land: Valarl Undead is an epic tale of greed, dying magic, strange monsters, and a motley group of heroes, with a strange and breathless climax you won’t easily forget. A riveting dark fantasy novel by a major talent!