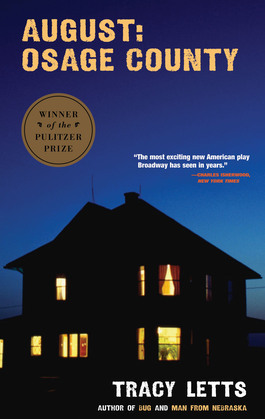 by Tracy Letts (Author)
Buy for $14.99 Excerpt
Fiction Drama English literature American and Canadian literature
warning_amber
One or more licenses for this book have been acquired by your organisation details

Winner of the 2008 Pulitzer Prize for Drama and the 2008 Tony Award for Best New Play.

"A tremendous achievement in American playwriting: a tragicomic populist portrait of a tough land and a tougher people." —TimeOut New York

"Tracy Letts' August: Osage County is what O'Neill would be writing in 2007. Letts has recaptured the nobility of American drama's mid-century heyday while still creating something entirely original." —New York magazine

"This original and corrosive black comedy deserves a seat at the table with the great American family plays."—Time

One of the most bracing and critically acclaimed plays in recent history, August: Osage County is a portrait of the dysfunctional American family at its finest—and absolute worst. When the patriarch of the Weston clan disappears one hot summer night, the family reunites at the Oklahoma homestead, where long-held secrets are unflinchingly and uproariously revealed. The three-act, three-and-a-half-hour mammoth of a play combines epic tragedy with black comedy, dramatizing three generations of unfulfilled dreams and leaving not one of its thirteen characters unscathed.