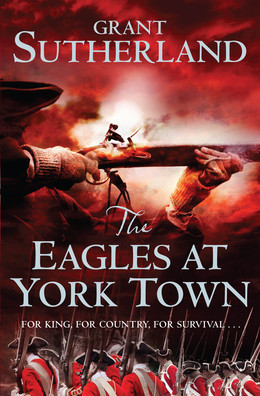 The Eagles at York Town

In August 1781 Alistair Douglas is sent by the British spy network the Decipherers to York Town in the American Colonies. He is tasked with assisting the Loyalist colonists of Virginia to organize themselves into a militia and fight the Revolutionaries on behalf of the King. Douglas goes undercover as a grain merchant aboard a French military vessel in Chesapeake Bay, where he discovers that matters have progressed much further than anyone in London had imagined . . . While Lord Cornwallis turns all his efforts to fortifying York Town, Douglas intercepts disturbing correspondence suggesting that they might be protecting themselves in the wrong place. When a British father and son, Cable and David Morgan, are captured by the French as spies, matters turn critical. Douglas is determined to do whatever it takes to save them, knowing that if he can get them back they might just have a chance to reverse British fortunes before it’s too late . . .