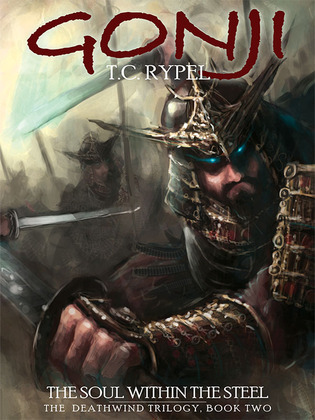 Gonji: The Soul Within the Steel

The legendary warrior Gonji seems cast as Destiny's Scourge... The exiled son of a Samurai warlord and a Viking woman, Gonji pursues the secret of the Deathwind across monstrous 16th-century Europe. The storied city of Vedun has been conquered by the army of King Klann and his dark sorcerer, Mord. Gonji raises a rebellious militia...but the city suffers horrifying outrages, treachery rears its ugly head, and the warrior himself proves his own worst enemy. There's no help either from the enigmatic Simon Sardonis, revealed now as an entity of great power and dread. Foes threaten Vedun from all sides. All that stands between the embattled city and utter destruction is...THE SOUL WITHIN THE STEEL.

Kai Meyer says: ?GONJI is the most important rediscovery of classic fantasy since Conan. Dark, complex, and fantastically well-written.?