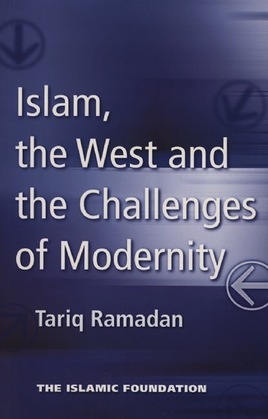 Islam, the West and the Challenges of Modernity

by Tariq Ramadan (Author)
Buy for $21.99 Excerpt
Nonfiction Religion Islam Social science Sociology
warning_amber
One or more licenses for this book have been acquired by your organisation details

Tariq Ramadan attempts to demonstrate, using sources which draw upon Islamic thought and civilization, that Muslims can respond to contemporary challenges of modernity without betraying their identity. The book argues that Muslims, nurished by their own points of reference, can approach the modern epoch by adopting a specific social, political, and economic model that is linked to ethical values, a sense of finalities and spirituality. Rather than a modernism that tends to impose Westernization, it is a modernity that admits to the pluralism of civilizations, religions, and cultures.

Table of Contents:
Foreword
Introduction
History of a Concept
The Lessons of History
Part 1: At the shores of Transcendence: between God and Man
Part 2: The Horizons of Islam: Between Man and the Community
Part 3: Values and Finalities: The Cultural Dimension of the Civilizational Face to Face
Conclusion
Appendix
Index

Tariq Ramadan is a professor of Islamic Studies at the University of Oxford and a visiting professor in Identity and Citizenship at Erasmus University. He was named by TIME Magazine as one of the one hundred innovators of the twenty-first century.