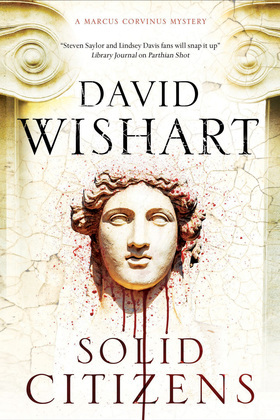 December, AD39. While enjoying the Winter Festival holiday at his adopted daughter’s home in the Alban Hills, Marcus Corvinus discovers that an outwardly respectable pillar of the community, local politician Quintus Caesius has been discovered beaten to death at the rear entrance of the town brothel.

Questioning those who knew the victim, Corvinus is dismayed to find Bovillae a place of small town secrets, bitter feuds, malicious gossip and deadly rivalry: a world away from the sophistication of Rome. As he is to discover, there are several suspects with reason to bear Caesius a grudge. But who would hate him enough to kill him? And what would a supposedly solid citizen be doing visiting the local brothel?