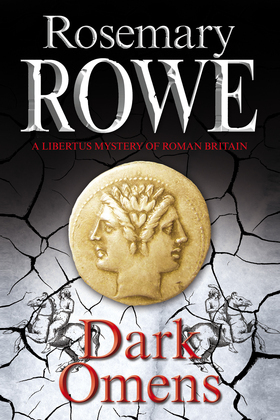 by Rosemary Rowe (Author)
Buy for $6.99 Excerpt
Fiction Mystery & detective Historical
warning_amber
One or more licenses for this book have been acquired by your organisation details

Libertus accepts a contract to install a pavement for Genialis, a self-important citizen from a nearby town, in the house of the customer's intended but unwilling and young bride, Silvia. However, the winter is exceptionally severe, and although the mosaic is laid in time to earn the promised bonus, Genialis goes missing in the snow before payment can be made.

Meanwhile, at an important feast, the sacrifice is spoiled as an aged priest lets go of the sacrificial ram – and when news arrives that the Emperor is dead, it seems that these dark omens are being realised. The subsequent discovery of not one, but two mutilated corpses only adds to this. Who holds the answer to the mysteries? Everyone had motive; Libertus attempts to solve the mystery against a backdrop of superstitious fear of auguries, and public riots following the confirmation of the Emperor's death.