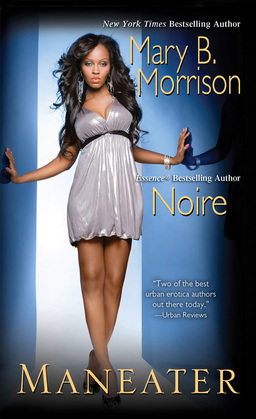 de Mary B. Morrison (Autor), Noire (Autor)
Comprar por 12,75 $ Extracto
Ficción Cristiana Mujeres contemporáneas Antologías
warning_amber
One or more licenses for this book have been acquired by your organisation details

"Two of the best urban erotica authors out there today." —Urban Reviews

Character of a Man
Mary B. Morrison

Seven Stephens seems to have it all--money, mansion, and a man--but is taken by surprise when her fiancé tells her the wedding is off if she can't lose twenty-five pounds in six weeks. In no time, she's out the door and headed for Punany Paradise for a sensual workout that's both sweet revenge and sweet surrender. . .

Blow, Nap, and Tomere are three grimy playahs from the hood. Nicknamed Dirty, Dastardly, and Depraved, these three NFL stars have no problem living up to their names on and off the field. But when they scheme to take out their biggest competition, a promising quarterback, they finally meet their match. Not in a vengeful ball player, but in three wicked and sexy sistahs. And it won't take Sugar, Honey, or Ice Tee long to wreck everything in their path. Because vicious hotties always take whatever they want and ruin whatever they please. . .