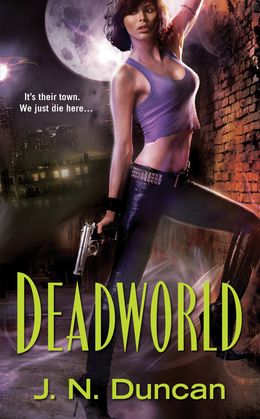 She's as tough as anything haunting Chicago's streets. But to deal with an inhuman power that won't stay buried, this FBI agent needs help that comes at an immortal price. . .

Jackie Rutledge has seen her share of supernatural killers. But her latest murder case is what recurring nightmares are made of. Brutally exsanguinated human victims, vanishing-into-the-ether evidence, and a city on the edge of panic mean that she and her psychic partner, Laurel, are going to need more than just backup . . .

So Jackie is fine with any help rugged P.I. Nick Anderson can give--even if that includes the impish ghost and sexy vampire who make up his team. But Nick is hiding secrets of his own. And Jackie's investigation has plunged them both into a vengeful game reaching back centuries--and up against a malevolent force hungry for more than just victory. . .

"A very impressive debut. . .the earthly and the unearthly mingle horrifyingly in this brand new twist on vampire mythology." ?John Russo, author of Undead

"Duncan's deftly subtle debut creeps up on you like a ghost in the night." --Mark Henry, author of Happy Hour of the Damned