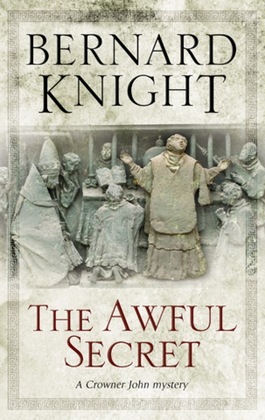 Coroner Sir John gets entangled with the Knights Templar in this suspenseful instalment in the Crowner John medieval mystery series, set in twelfth-century England.

1195. Gilbert de Rideford is a Knight of the Temple of Solomon – and an old acquaintance of county coroner Sir John de Wolfe, from his crusading days. Gilbert arrives in Exeter, begging for Sir John’s help. He claims to have come into possession of a secret that could shake Christendom to its foundations. But to reveal it, first he needs to escape beyond the reach of the Knights Templar, or the secretive order of warrior monks – his former comrades – will surely kill him.

Suddenly swept into a world of religious intrigue and dangerous politics, Crowner John finds himself undertaking a life-threatening mission to Lundy – an island inhabited solely by notorious pirates –until finally the awful secret itself is revealed . . .