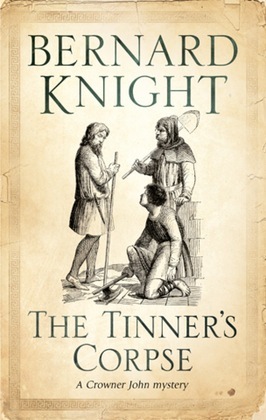 Coroner Sir John is plunged into the world of the tinners in this entertaining instalment in the Crowner John medieval mystery series, set in twelfth-century England.

1195. When county coroner Sir John de Wolfe is summoned to the bleak Devonshire moors to investigate the murder of a tin miner, he has little idea how difficult this new investigation will prove.

The victim is a well-loved overman of Devon’s most successful mine owner, Walter Knapman. Only one motive seems probable – to sabotage Walter’s business. But the tinners have their own laws and are none too pleased at Crowner John’s interference. And then Walter disappears . . .

A decapitated body, a missing tinner, a disgruntled band of miners – how on earth can Crowner John, battling personal problems of his own, sort all this out? Only Gwyn, John’s indispensable right-hand man, seems to be of any help at all – until Gwyn himself is arrested and tried for murder . . .