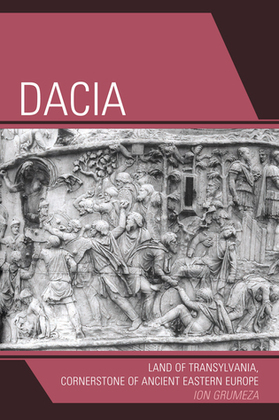 by Ion Grumeza (Author)
Buy for $49.00 Excerpt
Nonfiction History History by country Europe Eastern
warning_amber
One or more licenses for this book have been acquired by your organisation details

This book tells the little known story of Dacia, the powerful and rich land that became Transylvania and Romania. This kingdom was once the cornerstone of Eastern Europe. By A.D. 1, Dacia was the third largest military power in Europe, after the Romans and Germans. Most historians mistook the Dacians for Sarmatians, Scythians, even Slavs. This book revives the Dacian history and contributes to our understanding of the region as it is today. The wars, economy, and traditions of this Transylvanian land permeate the geopolitics of today's Balkan countries. To understand what is happening today in Modern Europe, we need to return to the study of this area. This book provides the context for the invasions that molded the Balkan and Eastern European nations that continue to redraw their borders and impose ethnic domination on each other.