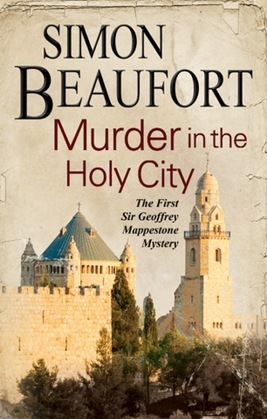 Murder in the Holy City

This first book in the critically acclaimed 11th century mystery series featuring Sir Geoffrey Mappestone.Jerusalem, 1100. On returning to the city following an exhausting desert patrol, Crusader knight Sir Geoffrey Mappestone hears screams coming from the house of a Greek baker and discovers that one of his closest friends, a fellow knight, has been murdered in the woman's bedchamber. But this is not the first suspicious death in the city: other knights and priests have also been killed, all with the same type of curved dagger with a jewelled hilt.

Ordered to investigate the deaths by his liege lord, Prince Tancred, it is not long before Sir Geoffrey finds himself drawn into dire straits involving some of the most dangerous men in the city--and learns that his closest friends could also be his deadliest enemies.